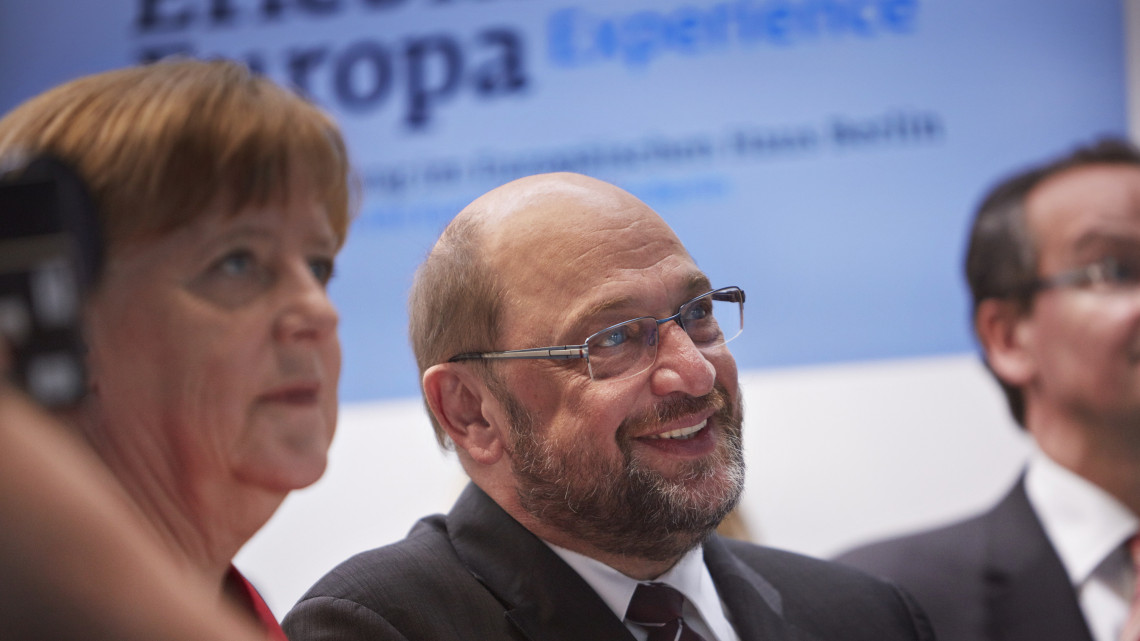 On Sunday, September 3 there will be the long awaited debate on national television between Chancellor Angela Merkel (CDU) and Martin Schulz (SPD). The duel will be aired by four major TV stations during primetime on Sunday evening, four journalists will question both candidates to different topics.

SPD-chairman Thomas Oppermann is convinced, that after Sunday the predictions for his party and candidate Schulz will increase. According to him, after the debate many voters will make the decision who to vote for, because 40 percent of all eligible voters have not yet decided. He believes in a clear victory by Schulz, which is not unlikely. Merkel has in fact lost her three previous TV debates, but in the end she won the election each time. Meanwhile, only 17 percent of Germans in a representative survey believe, that Schulz will win the duel, a huge majority of 64 percent is convinced that Merkel will leave the debate as the winner of the evening. For the Social democrats this might be the last chance to start a race to catch up Merkel and the CDU. According to latest information, the Union would reach 37 percent, the SPD only 23. After it’s record-high in March 2017, the Social democrat party has still not found a way against the loss of approval. While the CDU has lost some points in the last months, the SPD and Schulz, were not able to profit from this.

In an interview with German newspaper Die Zeit, political consultant Frank Stauss advises Schulz to attack Merkel with domestic political topics, like the Dieselgate or digitalization. Inner politics may be Merkel’s weakness, while in foreign politics Merkel is seen as one of the most important political leaders in the western world. For many voters the election is already decided in favor of Merkel, but this does not mean she can rest. The latest surveys would not give her party a majority, so they need a partner to form a governing coalition. If the Union of CDU/CSU won the election, the approval for a continuation of a coalition with the SPD would be almost the same as the consent for a coalition with the FDP, the liberal party.

After the TV debate on Sunday night, the forecasts for an election result may become clearer. Because of that, for Martin Schulz it is very important to come off well – when he wants to move to the center of attention.