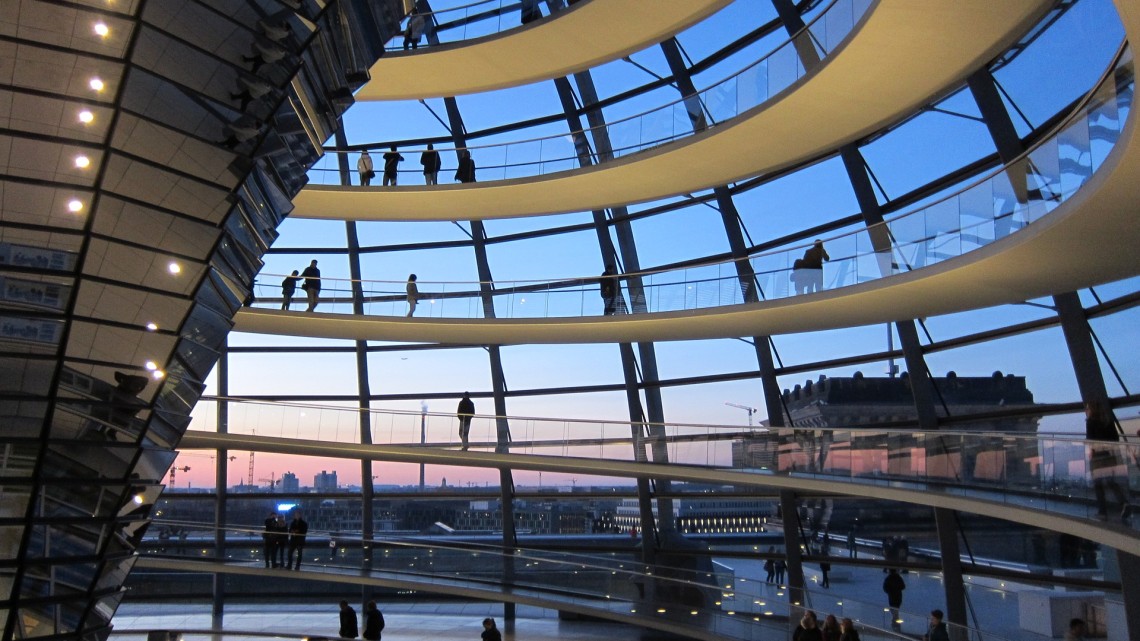 Two weeks from now, the German federal election will be over. But negotiations for new partnerships will be just about to start, since it is not clear, which party wants to cooperate with another party. Right now, the Grand Coalition of the two largest parties CDU (and its sister party CSU) and SPD is in the final weeks. Both parties have to act carefully, to have all possibilities after Sunday, September 24, when the votes have been counted.

The parties with the highest chances to become partners are the green party Die Grünen, and the liberal FDP. Neither one of those parties is expected to turn out as the third biggest party after CDU and SPD, but one of them will most likely become a coalition partner. In fact, left party Die Linke and right-wing party AfD are both projected to have between eight and eleven percent, but Chancellor Angela Merkel has already stated that – in case of success – her party will consider neither Die Linke nor AfD as partners. Merkel rather wants to convince conservative voters of the populist party to come back to the Christ Democratic Union. But for the moment, her party will not have enough votes for an absolute majority, even though it seems they have already won the duel against the Social Democrats. So what would a theoretical majority with the green party or the Liberals look like? With the Greens, the cabinet would get a party clearly left to the Union, the FDP would fill the conservative gap that opened on the CDU’s right side after Merkel’s migration policy. The last years of her chancellorship have been based on more social, environment-, and immigration-friendly policies, so a partnership with the Greens would make sense.

However, the other half of the Christian Union – the CSU – that is more right than the CDU, does not want to work with a green party on federal level, as their chairman Horst Seehofer announced last week. There are just too many differences, for instance the opinions about migration and public security, or the ban of combustion engines. The leader of the CSU does not see a shared interest with the Greens, this would make negotiation talks on a coalition more difficult. The Green party on the other hand cannot and does not want to throw away the principals the party and its voters stand for. The same goes for the liberal FDP, with party leader Christian Lindner. In his opinion, the so called “Jamaica coalition” by the Union, FDP and Greens, will not be possible on a federal level. He sees too many differences with the Greens on migration and energy policies. But at the moment, this might be the only possible outcome of the election. Projections see both the Greens and the Liberals too weak, to become a single partner in a coalition with the CDU.

But what about the Social Democrats? Martin Schulz is still confident that he has chances to win the election, against all projections. What will the future of the SPD’s future look like? Many members do not want to be part of a Great coalition again, in their opinion it only did damage to the Social Democrat’s image. And they are not wrong, but there is not much they can blame others for. They cannot attack Merkel and her party for poor governing work in the last years, because they were partners themselves. They can argue, that it was the SPD’s idea to legalize same-sex marriage in Germany this summer. And again the Social Democrats are not wrong, the proposal was an initiative by members of the SPD, the left and the green party. Even though a huge majority of Merkel’s party (including Merkel) voted against same-sex marriage, the success of passing the bill will be connected to Merkel’s decision to open the vote for this matter. So the only option for the Social Democrats would be, to take the role of the opposition. In that role, they can criticize Angela Merkel’s work for the next four years, and then come back stronger in the next elections.