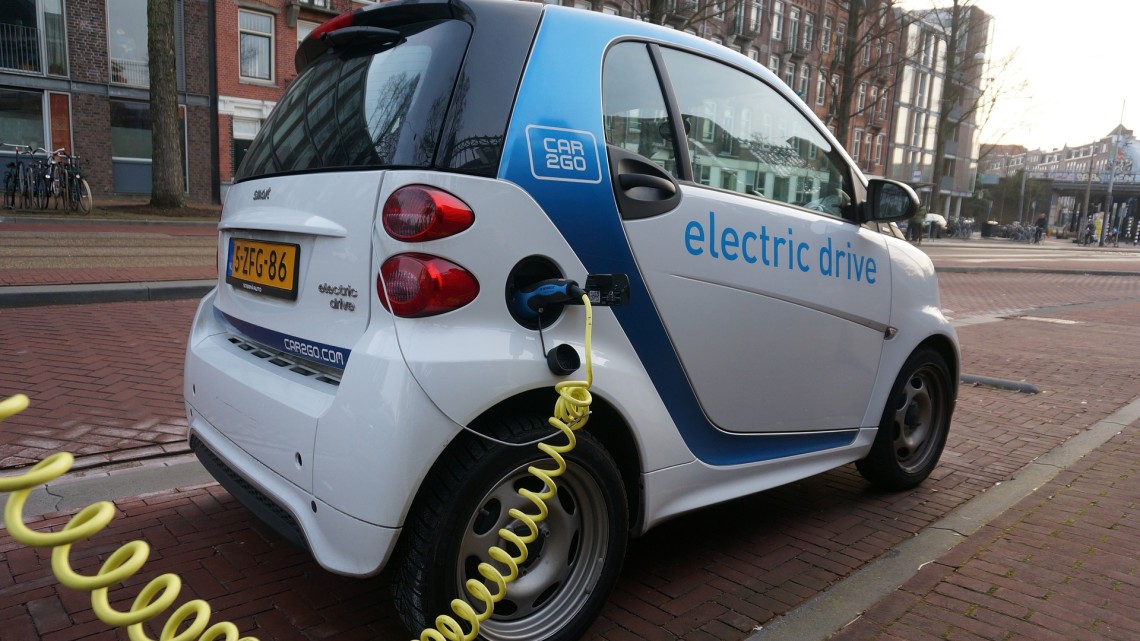 “Future now”. This is the motto of this year’s International Motor Show (IAA) in Frankfurt, Germany. According to its own website, the automobile exhibition “will open its doors (…) to show you the latest trends in cars and mobility.” After the scandals with the automotive industry in Germany in the last years, the event organizer wants to promote electric mobility and other possibilities for an environment-friendlier future. The problem is the realization. Even though many companies presented hybrid and electric cars, the majority of new concepts are the well-known diesel cars – mostly SUVs or limousines, like the new Audi A8.
Strong, stylish, and traditional diesel cars sell better and are cheaper, BMW for example. With introducing their two electric vehicles in 2013, the Bavarian car company wanted to start on the new market of electric mobility. The BMW i8 is a car that is out of the price range for an average customer, the i3 has a limited range of more or less 160 kilometers under real conditions. Plus, its design is a reason why many prospective customers rather prefer the traditional car. But BMW may have found a solution: the new i-Vision, a car with modern design, 600 kilometers driving range and high speed of 200 kilometers per hour. The price is still to be announced, as well as the year of its launch – probably during the next four to six years. Companies like Tesla or Nissan decided not to be present at the IAA, the two more serious producers for electric cars: the model Nissan Leaf is the most sold electric car in the world already, with an affordable price of more or less 30.000 Euro.
But BMW approximately has set the date for serial production of electric cars for 2021, a year that would almost coincide with predictions by a German physicist. In an interview with SPIEGEL ONLINE, Richard Randoll estimates that by the year 2022 every tenth new car will have an electric engine, the production of cars with combustion engines should be stopped in 2026. His prognosis draws upon examples from the past, like the time periods for the change from cellphone to smartphone, or horse-drawn carriages to the early cars.
But a lot needs to change in people’s minds, as well as in infrastructure, that German streets (and of course streets all around the world) can handle those new electric cars. The low driving range makes it necessary to charge the batteries more often than conventional tanks have to be filled. Finding charging points nearby is also more difficult than finding a regular gas station. And even then, one has to register for each supplier individually – a common, standard nationwide payment system does not exist at the moment, because of the countless providers for car electricity. Implementing a common system seems to be complicated, ranging from the type of payment, over the way of registration, and leading to the possibilities for foreign drivers.

“Future now”, this is what many consumers wish, and what many companies want to achieve. But as of today, a future with a large number of electric cars is still a long way down the road. There are just too many obstacles on the way, like the preference of many customers for their strong diesel cars. But if car companies continue to improve electric cars – that means acceptable attributes like a high driving range, without being more expansive than a diesel car – and succeed with that, the future for electric cars might be within reach.