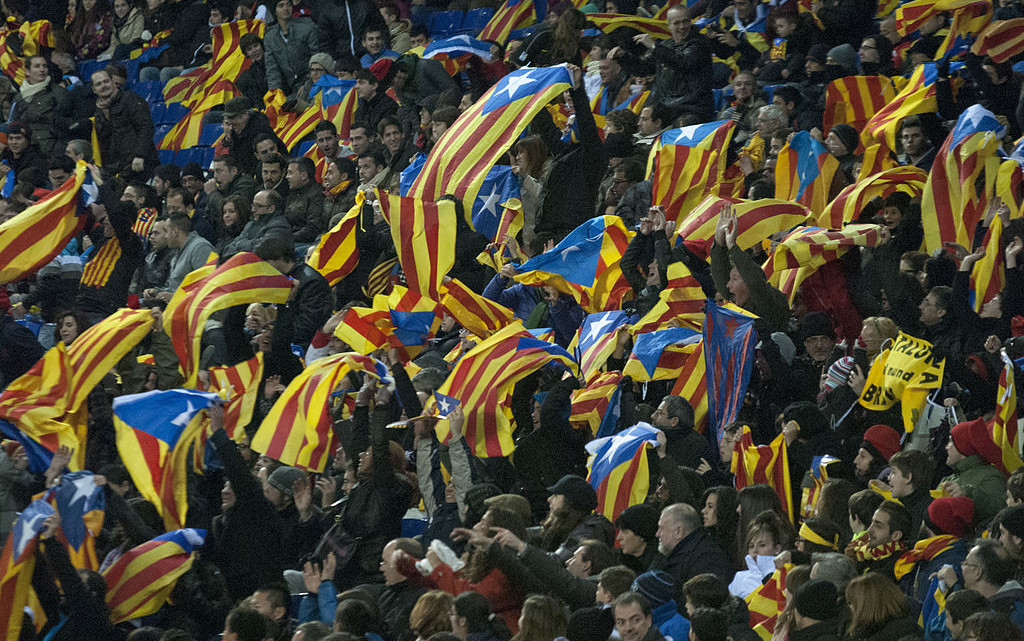 On Thursday, Raul Romeva, the Minister for foreign affairs by the Catalan regional government appealed to the European Commission to mediate in the conflict between the region of Catalonia and the central government in Madrid. The Catalan argued, that “what we have today in Spain is the serious damaging of democratic rights and structures”, and on these grounds “we call on the EU institutions to take a stand… democracy is being eroded.” According to him, the European Union should not just observe this conflict, but they should stand up for a Catalan independence.

The regional government of Catalonia has proclaimed a referendum for their independence from Spain for Sunday, October 1st. But already beforehand, the Spanish Supreme Court has labelled this effort as unconstitutional and illegal. Because of these growing tensions, the Spanish Guardia Civil has sealed off a warehouse with ballot boxes, and arrested 14 politicians in the process of raids, according to the newspaper El País. Police units are supposed to stop Catalan citizens from entering voting booths.

The pursuit of independence is deeply rooted in Catalan self-perception. Under the regime of Francisco Franco (from 1936 until 1975) the Catalan language and culture was oppressed, as well as the Basque language. Unlike the Basque resistance, Catalans expressed their protest mostly peacefully, however they see the centralism by the government in Madrid as a continuation of this suppression. For example, still today the victimization is a common narrative among Catalan people. This is why the secession movement changed their strategy, they are not talking about independence, but rather about more self-determination and fewer regulations by Madrid. This was quite successful; more than half of all 7.5 million Catalans are in favor of the secession movement.

Not only because they feel suppressed, but also due to economic reasons. The region of Catalonia, due to a financial balancing system, not only gives €17 billion to Spain every year, they also generate a fifth of Spanish GDP, with approximately €220 billion per year. The region in the north east of Spain the economic strongest region of the country, the average GDP per capita is close to the Eurozone’s (Catalonia: €30,000; Eurozone: €32,000) with almost €6,000 more than the rest of Spain – in addition, Barcelona is one of the most popular tourist locations in Spain.

But what would happen, if Catalonia became independent? The Spanish government and the European Union have made it clear, that Catalonia had to leave both the Union and the Eurozone, before re-applying. For a successful resumption to the EU, a state of Catalonia would need the unanimous consent by all member states – an impossible task, with the certainty of a Spanish rejection. Spanish government would even vote against the Scottish accession to the European Union after a theoretical independence from the United Kingdom, in order not to constitute a precedent.

With a possible Catalonexit, the economic consequences for the region would be severe. Almost half of all produced Catalan goods are sold to other Spanish regions, ten percent are shipped to other European countries. As a consequence of leaving Spain, the region would have to negotiate for new custom conventions, the car manufacturer Seat (with its head office in Catalonia) would have to pay around ten percent on import duties for other countries. In addition, leaving the Eurozone would also damage tourism in Barcelona.

Raul Romeva is definitely right, the European Commission has to intervene in this conflict between the government in Madrid and Barcelona. But not because of his argument that Catalonians have the right to be independent. According to international law, a secession is only then reasonable, when it is for peace-keeping measures, for instance in case of oppression by a dictatorship.